Milan will play away with Lazio in the 34th round of the Italian championship. The match will take place on April 24. 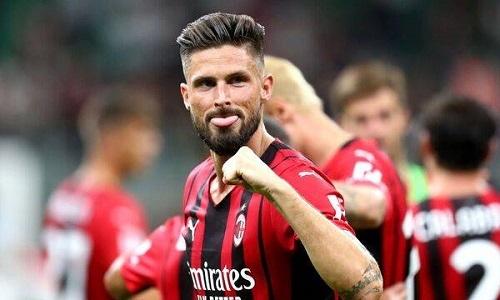 Lazio are seventh in the Serie A standings after 33 games played, in which they scored 56 points.

Lazio had a good first half of the month, scoring seven points in three matches.
Maurizio Sarri’s team defeated Sassuolo and Genoa and drew with Torino. In this segment, the Romans scored seven goals.

It is also worth adding that in the previous 12 matches, Lazio had only two defeats.

By the way, at home in the Italian championship, Lazio also lost only twice.

Milan, meanwhile, continues to lead the table , but the lead over Inter is only one point. And at the same time, the competitor and the main enemy still has a game in hand.

And just this week , Milan lost to Inter in the semi-finals of the Coppa Italia — 0:3. The bill, of course, attracts attention, but in fact, nothing surprising happened.

The fact is that the team of Stefano Pioli has recently looked extremely unconvincing. The game is sometimes a complete nightmare. You can recall at least a draw with Bologna and Torino – both meetings ended with a score of 0:0.

Fact: Milan have so far failed to score points in only one away match. Surprisingly.

On the one hand, yes, Milan really regularly scores points on the road, but now it still makes sense to focus, first of all, on the current state of the team. There is a suspicion that the Rossoneri have almost no moral or physical resources left to fight for the Scudetto. This was clearly visible even in matches with ordinary middle peasants.

You can also consider a bet on Lazio goals in both halves for 3.95.