The match of the 17th round of the Premier League between Liverpool and Newcastle will take place on December 16. 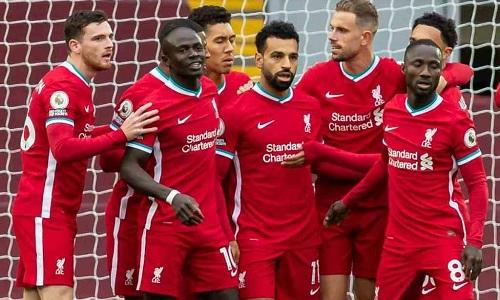 Liverpool have won in the last 5 league matches, while the team conceded only 1 goal in this series. The winning streak in all tournaments is 7 matches.

Liverpool derby defeated Everton (4: 1) away, and then snatched the victory from Wolverhampton in stoppage time – 1: 0.

The UCL group stage Klopp’s team finished with an away victory over Milan (2: 1), and in the last match at home they beat Aston Villa (1: 0).

After 16 rounds, Liverpool with 37 points are in 2nd place in the Premier League. The goal difference is 45-12, Salah scored 14 goals.Will not play Elliot, Castillo and Phillips, questioned by Firmino and Jones.

In their last 8 Premier League away games, Newcastle have drawn three and lost five times. At the same time, the team did not score a single goal in the two previous away games of the championship.

At the end of November, the Magpies lost to Arsenal (0: 2) on the road and missed a home win over another outsider – Norwich (1: 1).

December began with the first victory of the season – over Burnley (1: 0) at home, but in the next match Eddie Howe’s men were defeated by Leicester with a score of 0: 4.

The teams drew twice last season – 0: 0 in Newcastle and 1: 1 in Liverpool. In their last five matches at Enflida, the Magpies have never won, losing three times.

At home, Jurgen Klopp’s charges have a 12-match unbeaten run in the Premier League (8 wins and 4 draws). At home, the team does not concede in 3 consecutive championship matches. We predict Liverpool win dry…