Manchester City will play at home against Belgian Club Brugge in the fourth round of the Champions League group stage. The match will take place on November 3 in Manchester. 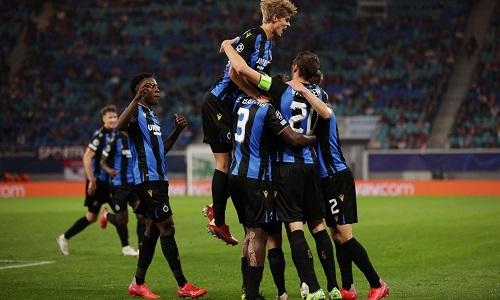 Manchester City suddenly stalled last week. First, the “townspeople” flew out of the English League Cup, losing away to London West Ham. The opponent turned out to be more accurate in the penalty shootout.

And then there was a home defeat against Crystal Palace in the Premier League. The key was the removal of Aymeric Laporte at the end of the first half. Although the first goal “Crystal Palace” scored at the beginning of the game.

Surprisingly, the glitch came immediately after spectacular matches with Club Brugge and Brighton, in which Man City scored a total of nine goals.

In the Champions League, Manchester City are second in the group after three rounds, one point behind Paris Saint-Germain.

Club Brugge, meanwhile, is in third place. At the moment, the Belgian champion has four points.

Club Brugge failed at home against Man City (1: 5). Everything became clear already in the first half, when Pep Guardiola’s team scored two goals.

But Club Brugge still cannot be called a simple opponent. Still, in the first round, Philippe Clement’s team drew with Paris Saint-Germain, and then won an away victory over Leipzig.

Club Brugge lost only one away match earlier this season.

It’s hard to imagine that Man City won’t win again. So far, any defeat for the English champion can be viewed solely as a misunderstanding.

In general, “Brugge” will fall under the hot hand of a slightly angry grandee.