Manchester City will play against Leicester in the 19th round of the English Championship. The match will take place on December 26. 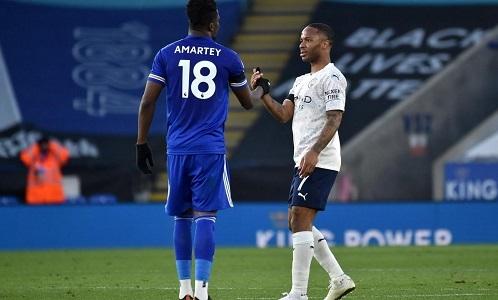 And already now there is a feeling that it will be extremely difficult for competitors to move Josep Guardiola’s team from the first place. Unlike their rivals, Man City does not look tired at all.

City have won their previous two matches with a total score of 11: 0. First, the reigning champion smashed Leeds (7: 0), and then defeated Newcastle (4: 0).

“Manchester city” won ten out of 11 previous matches in the Premier League.

Leicester, meanwhile, are in ninth place after 16 matches, in which they scored 22 points.

Leicester’s two recent Premier League games have had to be postponed due to the coronavirus outbreak.

But now the situation is not so difficult. Earlier this week, Brendan Rogers’ side met with Liverpool in the English League Cup. The Foxes were leading in the course of the match with a score of 3: 1, but in the end they lost in a penalty shootout.

In the championship , Leicester has yet to boast of stability. Before the unplanned break, Rogers’ team defeated Newcastle, but before that they drew with Southampton and lost to Aston Villa.

Leicester have won just two wins in eight Premier League away games. But at the same time, Leicester have scored in all away matches of the current championship.

Leicester, given their defensive problems, are unlikely to be a big problem for Man City. It is possible that Guardiola’s team will win again with a crushing score.

At the moment, City can be safely called the main contender for the title.

Predictions for Sport 0
Forecast and bet on Qingdao – Shanghai Shenhua, statistics, odds. As part of the