Manchester City will play at home against Chelsea in the 22nd round of the Premier League. The match will take place on January 15. 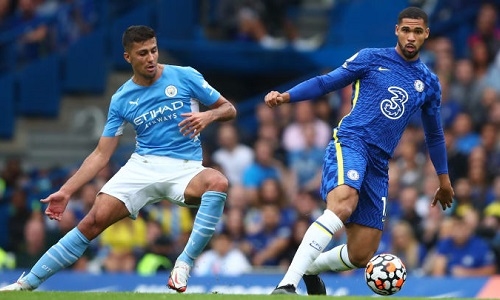 Manchester City are top of the Premier League table with 53 points from 21 games played.

Regardless of how the upcoming game ends, the issue of the winner of the current season is almost resolved. It is hard to imagine that Man City will allow someone to overtake them. Theoretical chances remain only for Chelsea and Liverpool, but for this, the “citizens” need to lose points in every second match, which is absolutely unrealistic.

Manchester City have won 14 of their last 15 matches. The only exception was the meeting with Leipzig in the Champions League, which no longer affected anything.

In early January, Josep Guardiola ‘s team defeated London’s Arsenal, after which they easily won against Swindon Town in the FA Cup.

Chelsea are second in the table with 43 in their 21st game. Man City are 10 points behind.

It looks like Chelsea will now have to focus on staying in the top 4 in the current league.

The unbeaten streak of the team of Thomas Tuchel is already 11 matches. But this segment is still difficult to call ideal. On several occasions, Chelsea have drawn against teams they should have won with confidence. As a result, these losses are likely to prevent the Blues from fighting for the league title.

At the same time, in January , Chelsea already managed to avoid defeat in an incredible match with Liverpool (2: 2), win twice against Tottenham in the League Cup and defeat Chesterfield in the FA Cup.

Man City frankly suffered last season in matches against Chelsea, including in the Champions League final. But, apparently, Guardiola understood how to play against Tuchel.

At the end of September, Manchester City won an away victory over Chelsea. Then everything was decided by one goal, the author of which was Gabriel Jesus, but in terms of the quality of the game, the “townspeople” seriously surpassed the opponent.

Perhaps Chelsea will be able to score on the field of the leader and the defending champion, but the final score is likely to upset Tuchel.