On Tuesday, May 18, in one of the matches of the 37th round of the English Premier League, Manchester United will host Fulham – we assessed the capabilities of the opponents and prepared a forecast. 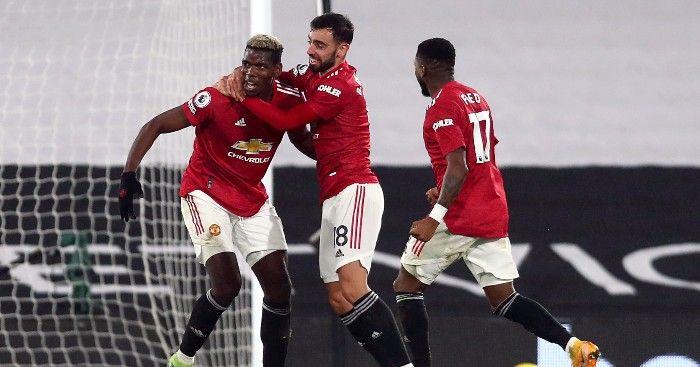 The Red Devils have already completed the minimum target for the current season. Ole Gunnar Solskjaer’s team made it to the Champions League for the next season already, and three points scored in the final two rounds guarantee Manchester United the second place in the current championship. At the moment, in the Premier League standings, the Mancunians are in second position, ahead of the third Leicester by four points. It is unlikely that the Red Devils will squander this handicap, but the main match of the season is still ahead for them – on May 26 in the Europa League final they will meet with Villarreal.

The last two rounds of Ole Gunnar Solskjaer’s wards were unsuccessful. In both matches, Manchester United lost at their hometown, Old Trafford: first to Leicester (1: 2), and then to Liverpool (2: 4). However, this is not surprising, given the tight schedule of the “red devils”, as they played four fights during the week.

It is unlikely that Manchester United will allow themselves to lose three home matches in a row, especially since the meeting with Fulham will be the final one at their home arena in the Premier League. During the current championship, the Mankunians won exactly half of 18 home matches – nine, three more meetings ended in a draw and lost six. It should be noted that the Red Devils are one of the most productive teams at home. The Mankunians scored 37 times, with only Manchester City scoring more (38).

Due to injuries, defenders Harry Maguire and Phil Jones, as well as striker Anthony Martial, will definitely miss the game. Questionable Daniel James.

“Summer residents” are already preparing to play in the Championship. There was a period when it seemed that Fulham would be able to wedge in a showdown for a place in the Premier League, but Scott Parker’s team failed to finish. In eight previous rounds, the London club have earned just one point, having tied with Arsenal (1: 1). In the rest of the matches, the “summer residents” were losing exclusively.

Fulham is ranked 18th in the Premier League standings. Scott Parker’s team has 27 points. Londoners are 11 points behind the higher “Brighton”.

It should be noted that the “summer residents” are the worst home team in the current championship. But on the road, Parker’s team scored 17 points – this is 63% of the total balance. Throughout the championship, Fulham played 18 away games – three wins, eight draws and seven defeats. On the fields of their rivals, the “summer residents” have scored only 17 goals, only Wolverhampton and Sheffield United have a worse performance.

Defender Terence Kongolo and midfielder Tom Carney will not play due to injuries.

Mancunians are unlikely to allow themselves to lose three games in a row at home, especially since Fulham is now in a state of crisis. In our opinion, one should expect a confident victory of the “red devils”.

Our prediction is that Manchester United will win with a handicap (-1) goal for 1.75 in the 1xBet bookmaker.

It is unlikely that boring football should be expected here. The Mancunians have one of the best attacking lines in the championship. Fulham have also scored regularly in their last away matches.