Bayern will play away against Eintracht in the 24th round of the German championship. The match will take place on February 26. 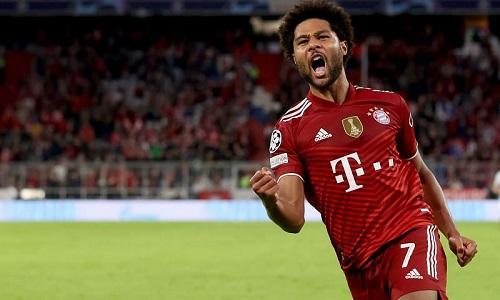 Eintracht Frankfurt are 10th in the Bundesliga after 31 points from 23 games played.

Oliver Glasner’s team started February with a 3-2 win over Stuttgart. But then there were two unsuccessful matches.

First, Eintracht lost at home to Wolfsburg, and then lost on the road to Cologne (1: 0).

Eintrtacht have not scored a single point in their previous three matches at home in the German championship.

Bayern, meanwhile, continues to single-handedly lead the table, gaining 55 points in 23 matches. The lead over Borussia Dortmund is six points.

Bayern are surprisingly weak this month. After a difficult victory over Leipzig, Julian Nagelsmann’s team sensationally lost to Bochum (2:4).

The first match against Salzburg in the 1/8 finals of the Champions League ended in a 1-1 draw. At the same time, the Recordmaster played back only in stoppage time.

Small problems arose even in the match against Greuther Fürth. Bayern lost to the main outsider of the Bundesliga after the first half, but eventually made a comeback.

Bayern in the first round sensationally lost to Eintracht at home. In principle, everyone is already accustomed to the fact that periodically the leader has failures. But in the upcoming match, Bayern is likely to win. After a series of unsuccessful matches, Nagelsmann’s team will have no problems with motivation and concentration.

Eintracht will also score a goal. Reliability in the defense of “Bayern” in recent years can not boast.