Leipzig will play away against Union Berlin in the 14th round of the German championship. The match will take place on December 3. 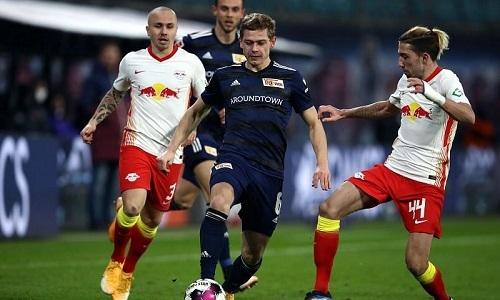 Union ranks sixth in the Bundesliga table after 13 rounds. Now the Berlin club has 20 points.

At the end of last week, Union lost away to Eintracht (1: 2), conceding the second goal in the last minutes. This defeat cannot be called deserved.

In the five previous rounds, Urs Fischer’s team won only one victory. But this is hardly a reason to say that Union is stalled. Given the talent pool, the Berlin club is performing much better than expected.

This season Union lost only to Bayern at home…

Leipzig, meanwhile, scored 18 points and are on the eighth line.

And for Leipzig this is clearly not what they expected before the start of the season, despite the fact that Julian Nagelsmann left the team.

Last week, Leipzig defeated Belgian Club Brugge (5: 0) in the Champions League, after which they lost at home to Bayer (1: 3).

In addition, after a pause for the national teams , Leipzig lost on the road to Hoffenheim (0: 2).

Leipzig this season have never won away yet in the framework of the German championship.

Most likely, Leipzig will have problems again. The fact is that Union really plays very well at home. For some reason, the guests do not play at all in the away matches of the Bundesliga.