Team Japan will play against Mexico in the match for third place in the Olympic tournament. The meeting will take place on August 6 in Saitama, beginning at 14:00 Moscow time. Mexico – Japan: forecast , rate, odds, statistics. 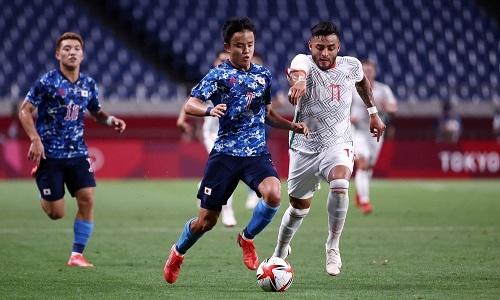 The Mexicans have become one of the discoveries of the Olympic football tournament. And this is despite the fact that all the players of this team play in their homeland.

Mexico showed the seriousness of its intentions in the opening match against France, which received four goals in their own net.

In addition, in the group stage, the Mexican team won a landslide victory over South Africa – 3: 0.

And in the quarterfinals, Mexico staged a real festival, beating South Korea with a score of 6: 3.

In the semifinals, the Mexican national team was one step away from the main sensation. In the confrontation with the Brazilians, everything was decided only in the penalty shootout. The goalkeeper of Brazil became the hero, having reflected two blows. But overall, in terms of the game, Mexico looked very dignified against the background of the most powerful football team in the Tokyo Olympics.

The Japanese, who, of course, really wanted to win gold medals at the home Olympics, are very cool at the tournament. It almost didn’t work out.

In the semifinals, the Japanese national team lost to Spain. The only goal in this match was scored by Marco Asensio five minutes before the end of overtime. A very disappointing defeat.

In the quarterfinals, the Japanese footballers passed New Zealand. Here, too, it was not easy, it was possible to put the squeeze on the opponent only in a penalty shootout.

It is also worth noting that Japan won all the matches in the group stage, including against France (3: 0).

The teams have already met in the group stage, then the Japanese won – 2: 1.

It is unlikely that this time the match will be effective. This is a game for medals, no one wants to risk it. It is logical to assume that everything will be decided in overtime.

Bet – the winner of the match will be determined according to the results of extra time for 6.05 .

You can also consider a bet that the winner will be determined by the results of penalty shootouts for 6.25 . You can take both bets at once: if the game goes beyond the normal time, in any case there will be a win.