Milan will play at home against Napoli in the 18th round of the Italian championship. The match will take place on December 19 at the San Siro. 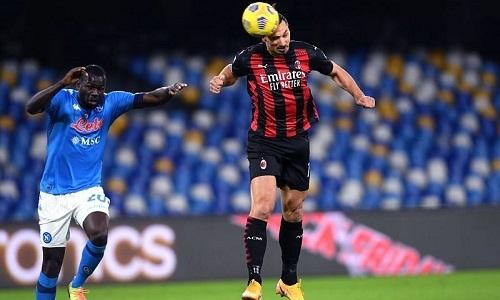 Milan are in second place in the Serie A standings after 17 rounds, in which they scored 39 points.

Milan dropped out of the top spot in the previous round. The Rossoneri failed to beat Udinese (1: 1) not last week. Moreover, Zlatan Ibrahimovic scored a saving goal already in stoppage time.

In the previous six matches, Milan have only two wins – over Salernitana and Genoa, the worst teams of the current championship.

Also worth noting is the home game against Liverpool. In case of victory, Milan could have reached the Champions League playoffs, but the game ended with the victory of the English club. And this result can be, in a sense, indicative – Milan looked very weak against the background of the Premier League leader.

Napoli, meanwhile, dropped to the fourth line. In 17 mats, the Neapolitans scored 36 points.

Luciano Spalletti’s team had a very strong start, but it is obvious that they are now in recession. But this recession has a good reason -leading players injuries… In recent matches, Kalida Coulibaly, Fabian Ruiz and Victor Osimhen could not play. Lorenzo Insigne had to miss several matches.

Earlier this week , Napoli lost 0-1 at home to Empoli. The result was surprising in any case, after all, last week Spalletti’s team, despite staffing problems, managed to beat Leicester (3: 2).

In addition, in December Napoli drew with Sassuolo and were defeated by Atalanta.

Milan and Napoli started very cheerfully, but now it looks like they need a break. Both teams noticeably fizzled out towards the middle of the season. Including due to injuries. Neither Pioli nor Spalletti will manage to involve all the key players in this game.