Milan will play at home against Juventus in the 23rd round of the Italian championship. The match will take place on January 23. 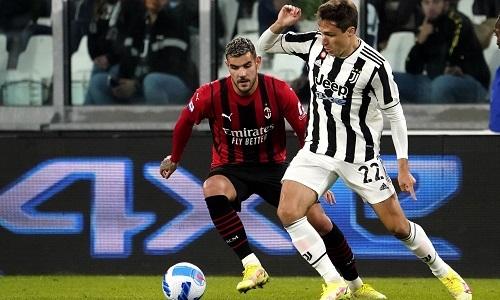 Milan are second in the Serie A table with 48 points from 22 matches. Inter are two points behind, but the rival still has a game in hand.

At the beginning of the week, Milan sensationally lost at home to Spezia (1:2), missing the opportunity to return to first place.

At the end of the game, with the score 1:1, the Rossoneri scored a goal, which was mistakenly canceled by the referee. In the next attack, Spezia scored the winning goal. A very embarrassing defeat.

The first half of January, “Milan” had a powerful, despite personnel problems. First of all, the team lacks Frank Kessier and Ismael Benasser, who left for the African Cup. But even without them, Milan easily won against Roma and Venezia, and then advanced to the next round of the Coppa Italia, defeating Genoa.

Juventus, meanwhile, is in fifth place with 41 points from 22 matches.

But recently the situation no longer looks too dire. The Bianconeri will easily rise to the top 4 if they continue to play in the same spirit.

In January , Juventus drew with Napoli, made an incredible comeback in the away match against Roma, and also calmly dealt with Udinese and Sampdoria.

The only exception was the match with Inter in the Italian Super Cup. Juve lost by conceding the decisive goal in the last minute of overtime.

Juventus have lost only two points and scored 11 goals in their last five away league matches.

Juventus seem to have seriously improved when compared with the first months of the season. In September, the Old Lady miraculously did not lose to Milan at home, but now it is a completely different team. It can be seen that Massimiliano Allegri did a good job.

And you can also consider a bet on Juventus total over 1.5 for 2.45 . Milan have serious personnel problems in the center of defense, and guests can take advantage of this.