On Thursday, March 17, in the second leg of the 1/8 finals of the Europa League, the French “Monaco” will play at home with the Portuguese “Braga”. 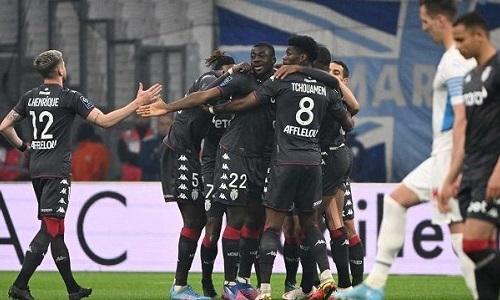 A week ago in Portugal, Braga won with a score of 2:0. The first goal was scored in the first attack of the hosts, and they were able to consolidate their success only at the very end of the game.

Monaco started this European season in the Champions League, where they first passed the Czech Sparta, but then were knocked out by Shakhtar Donetsk and immediately went to the Europa League group stage.

At this stage, the Monegasques played in the same quartet with the Spanish Real Sociedad, the Dutch PSV and the Austrian Sturom, never losing to any of the opponents, winning three times and drawing the same number of times.

In the standings of the French championship , Monaco is already in eighth position in the standings, six points behind the eurozone. The day before, the Monegasques lost 0-1 to Strasbourg in Ligue 1, which was their third fiasco in the last four meetings.

Braga began its performance on the European arena immediately from the group stage of the Europa League, where in the same company with the Serbian Red Star, the Danish Midtjylland and the Bulgarian Ludogorets finished in second place.

The “gunsmiths” started the tournament with a defeat, then they won three games in a row, but in the final two matches they scored only a point, which prevented them from winning their group.

Unlike their upcoming opponent, the “red-whites” have already managed to overcome one stage of the playoffs. In the 1/16 finals, the Portuguese knocked out the Moldavian Sheriff on penalties, exchanging home victories with them 2:0.

At the moment, “Braga” is comfortably located on the fourth line of the standings of the championship of Portugal.

Between themselves, these clubs played only twice. Once the Portuguese won (in the first game) and once there was a world 0:0.

Recently, the Monegasques have been performing extremely poorly, so they will probably not be able to eliminate the handicap of the first match, and in general they are unlikely to be able to even just win.