The Peru national team will play at home against the team of Ecuador in the qualifying tournament for the 2022 World Cup. The match will take place on February 2. 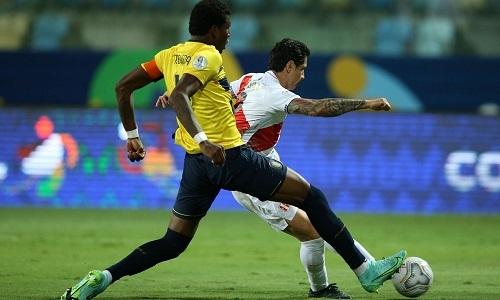 The Incas started the 2022 World Cup qualification with four defeats in five matches, but made a powerful comeback in the second half of 2021, finishing with victories over Bolivia (3:0) and Venezuela (2:1).

In January 2022, they played 2 home friendlies against Central America, drawing with Panama (1:1) and defeating Jamaica (3:0).

In the last match, the Peruvians beat the Colombian national team 1:0 on the road in the last minutes, beating the “coffee” in the standings.

Peru have 20 points after 15 games and the goal difference is 16-20. 3 rounds before the end of the selection, they are in 4th place, giving a direct ticket to the World Cup, but Uruguay comes on the heels.

The Ecuador national team, which did not qualify for the 2018 World Cup, underwent a generational change and now this mountainous country has a very talented and promising team that has every chance of qualifying for the 2022 World Cup.

Last November, Banana-Banana defeated the Venezuelan team at home (1:0) in the World Cup selection and defeated the Chilean team (1:0) on the road.

Before the new year, the Ecuadorians played a test match with El Salvador (1:1), and in the first match of January they took away points from Brazil (1:1) at home, avoiding defeat in the end, but losing the main goalkeeper.

With 24 points after 15 rounds, Ecuador is the main contender for 3rd place and a direct ticket to the World Cup. Goal difference 24-14.

In the last 4 matches, the teams scored 2 wins and once drew 2: 2 – at the America’s Cup last summer

A victory will significantly increase the chances of both teams for a direct ticket, but the price of a mistake is too high and no one will risk it. We predict thatEcuador won’t lose.