Arsenal will play at home against Leicester in the 29th round of the championship of England. The match will take place on March 13. 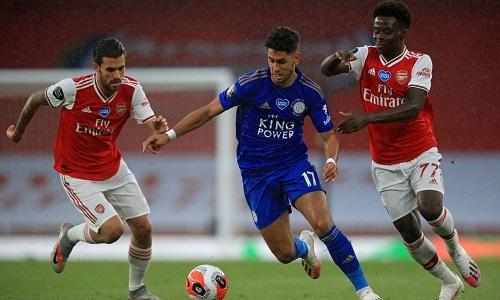 Arsenal are fourth in the Premier League table after 48 points from 25 games played. Unlike the competition, the Gunners have three more games in hand.

Arsenal have been unbeaten in the league for five games.

Moreover, in the previous four rounds, the Gunners scored the maximum number of points. After drawing against Burnley, Mikel Arteta’s team won against Wolverhampton (twice), Brentford and Watford.

Only Chelsea and Manchester City have been able to win at Arsenal this season. And only in three cases did the Gunners concede more than one ball to the Emirates.

Leicester, meanwhile, are in 12th place after 25 games played, in which they scored 33 points.

Earlier this week , Leicester won a 2-0 home victory over French Rennes in the first leg of the 1/8 finals of the Conference League.

Thanks to this, the team of Brendan Rodgers extended the winning streak to four matches.

In early March, Leicester beat Burnley and Leeds without conceding a single goal.

Leicester have lost four of their previous five away matches in the Premier League.

In the first round, Arsenal confidently won at Leicester, scoring two unanswered goals.

Most likely, in the upcoming match there will be something similar. Perhaps the guests will score a goal of prestige, but nothing more.

You can also consider a bet on Arsenal goals in both halves for 2.20.