The match of the 14th round of La Liga between Barcelona and Espanyol will take place on 20 November. 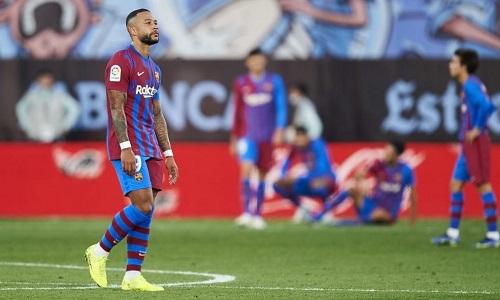 The upcoming match will be the debut for the new head coach of Barcelona, ​​Xavi Hernandez. The coach brought back the defender Dani Alves, but the Brazilian will only be able to play in January.

In the Champions League match, Barça achieved the minimum away victory over Dynamo Kiev (1: 0), and in the away match against Celta the Catalans were leading 3: 0 and lost the victory – 3: 3.

After 12 games Examples Barcelona are in 9th place with 17 points. The goal difference is 19-15, Depay scored 6 goals.Will not playFati, Aguero, Dembele, Braithwaite and Wagyo. Questionable Dest.

Vicente Moreno’s charges began to gain points steadily after a weak start: Espanyol have not lost in 5 of their last 6 matches in La Liga (3 wins, 2 draws).

At the end of October, Espanyol missed an away victory over Elche (2: 2) and exchanged goals at home with Athletic Bilbao – 1: 1.

In the last matches, the Parrots lost to Getafe (1: 2) on the road, and after returning home they took over Granada (2: 0).

Barcelona have won 3 of their last 5 matches with Espanyol, drawing twice. We predict thatBarcelona will win…