Quite interesting figures can be seen in the totals section. The coefficient on the total over 4.5 goals scored was 1.92, and the low outcome of 4.5 TU can be taken at 1.88. 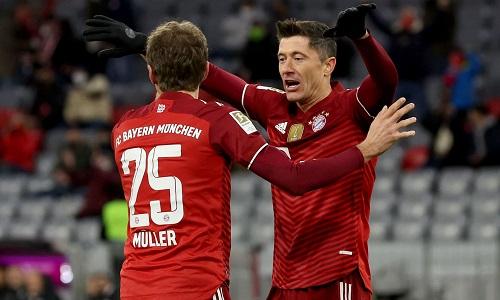 Bayern are experiencing minor problems with the results in recent matches and no longer have the right to make mistakes, because the lead in the championship from Borussia D is not so great. The team leads the Bundesliga with 52 points, six points ahead of the closest rival. In the upcoming meeting with the last team in the standings, few people doubt the victory of the national champion, but underestimation of the opponent must be ruled out. In the last match of the Champions League, Bayern drew with Salzburg (1:1), and earlier lost to Bochum (2:4).

Greuther Fürth found their game and lost only one match in the last five rounds of the German championship. Nevertheless, the team remains in last place with 13 points, which is five less than the nearest opponent. The club concedes a lot (57 goals) and the coaching staff should work on the defense in order to lose fewer points. In the last round, Greuther Furth won against Hertha (2:1), and earlier lost heavily to Wolfsburg (1:4).

Bayern play very powerfully at their stadium, as evidenced by the statistics of the team’s recent matches. We assume that the team from Munich will win a landslide victory. You can bet on Bayern with a handicap (-3) at the 1xbet bookmaker at a coefficient of 1.79.