On Matchday 26 of the Italian championship, Bologna face La Spezia. Which side will be stronger? Full statistics and all current odds can be found at 1xbet app android. 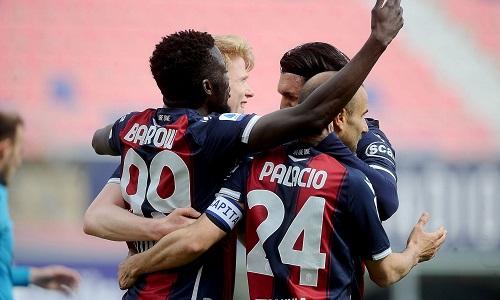 Bologna continue to slip down the table, having failed to win in five rounds. In that time, the Red and Blue have only picked up one point after playing 0-0 with Empoli. The Red and Blue have lost the remaining four fixtures, the most recent one coming by a heavy score of 0-3 to Lazio. It is unlikely to clinch a place in the European top six any more, as the gap from it has reached fourteen points.

La Spezia have managed to produce a three-match winning streak, during which they beat Genoa (1-0), AC Milan (2-1) and Sampdoria (1-0), but then suffered another setback. First, La Spezia were unable to overcome Salernitana (2-2), before losing 1-2 to Fiorentina. However, the gap from the relegation zone is still comfortable, with five points. In total, La Spezia have 26 points, with which they occupy 14th place.

Bologna have not won in five rounds;
La Spezia have picked up one point in the last two rounds;
In the first round match, Bologna won 1-0.

Despite two misfortunes in the last two rounds, La Spezia are playing well. However, in this clash, my preference is for Bologna to pull themselves together and get back on the winning track. A more classy selection of performers allows them to count on three points.