England will play at home against Albania in the 2022 World Cup qualifier. The match will take place on November 12 in London at Wembley. 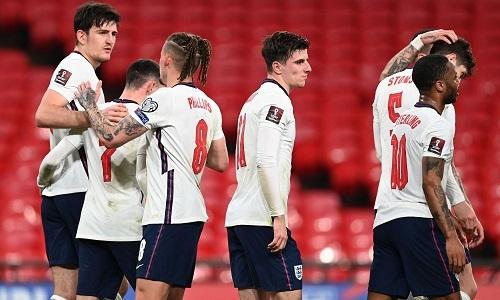 England ranked first in the group after eight games played. At the moment, the British have 20 points.

Last month, Gareth Southgate’s team first defeated Andorra (5: 0), and then unexpectedly tied at home with the Hungarian side (1: 1).

In September, England, after major victories over Hungary and Andorra, parted with Poland (1: 1).

England never lost in qualifying for the 2022 World Cup, while scoring 24 goals – an average of three per game.

Albania, meanwhile, continues to struggle for second place in the group. Now the Albanians have 15 points – two less than Poland, their main competitor.

In October, the Albanian national team won an away victory over Hungary and suffered a home defeat to Poland.

None of the eight matches of the current qualifier involving Albania ended in a draw.

Albania won three of the four away matches of the 2022 World Cup qualification.

The Albanians fought well in the home game with England (0: 2), despite the defeat. It is clear that at Wembley it will be extremely difficult for them to count on points against the best representatives of the Premier League. But at the same time, given that they have absolutely nothing to lose, the Albanians may well score a goal of prestige.