Juventus will play at home against Udinese in the 22nd round of the Italian championship. The match will take place on January 15 in Turin. 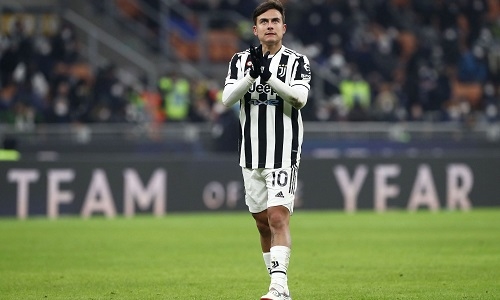 Juventus are fifth in the Serie A standings after 21 rounds, in which they scored 38 points. The backlog from Milan “Inter”, which is in the lead, is 11 points.

Earlier this week , Juventus lost to Inter in the Italian Super Cup after conceding a goal in the last minute of overtime. In general, the “Old Lady” was in no way inferior to the Milan club.

And before that, Massimiliano Allegri ‘s team played a crazy match against Roma, in which they lost 1-3, but in the end made an incredible comeback and won 4-3.

Juventus have never lost in the previous seven matches of the Italian championship, while scoring five victories.

Udinese, meanwhile, is in 14th place with 20 points from 19 matches.

Udinese have had to miss two matches due to the coronavirus outbreak. For this reason, Gabrielle Cioffi was unable to play against Salernitana and Cagliari.

Interestingly, in mid-December, Udinese defeated Crotone in the Italian Cup and easily dealt with Cagliari, scoring four goals in both cases.

In the first match in January , Udinese lost with a bang to Atalanta – 2:6. Apparently, the team by that time did not have time to recover from an unplanned pause.

At the same time, Udinese has won only two matches so far.

Juve have two tough matches behind them, which took a lot of energy, but at the same time they showed that the Bianconeri are gradually returning to their level.

Udinese know how to create problems, but, most likely, in the next match, the guests will not be able to take points from the favorite.