Napoli will play at home against Leicester in the sixth round of the Europa League group stage. The match will take place on December 9 in Naples. 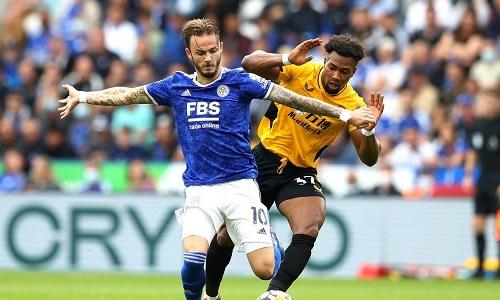 Napoli ranked third in the group after five games in which they scored seven points.

Contrary to expectations, the group stage was not the easiest for the Italian club. In case of losing points in the upcoming game, Luciano Spalletti’s team will most likely be unable to advance to the playoffs.

And oddly enough, the main problem for Napoli was the matches against Spartak. The Neapolitans lost twice to the Moscow club – 2: 3 at home and 1: 2 away.

Napoli have won only one victory and three defeats in their previous six games. The main problem is injury. Kalida Koulibaly and Victor Osimkhen will definitely not play against Leicester . In addition, the participation of Lorenzo Insigne and Fabian Ruiz is questionable .

Leicester, meanwhile, have scored eight points and are ranked first in the group. But even he is not yet guaranteed a place in the Europa League playoffs.

At the same time , Leicester lost points in the home game against Spartak (1: 1) and lost to Legia (0: 1) in the away match.

In the Premier League, Leicester is also far from being as we would like it to be. In the six previous rounds, the Foxes won only one victory.

Leicester last did not concede a goal at the end of September when they beat Millwall in the English League Cup.

Before the start of the group stage, there was no doubt that Leicester and Napoli would easily advance to the playoffs. But in the end, one of these teams this week is likely to end their performance in the Europa League.

But who exactly – it is unrealistic to even guess here.

Bet – Both Teams To Score + Match Total Over 2.5 In 2.00 . This is the best option considering all the problems that both Napoli and Leicester have faced lately.