The Belgian national team will host the Netherlands team in the League of Nations. The meeting of the 1st round of group 4 of League A will be held on June 3. 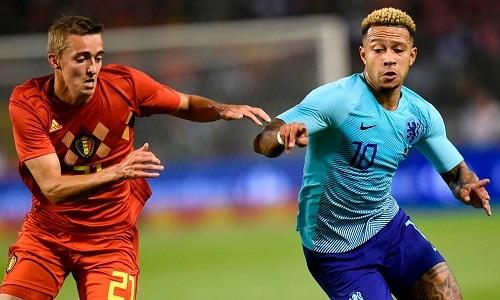 The Belgian national team in the last draw of the League of Nations won the group 2 of League A, where it was opposed by Denmark, England and Iceland (5 wins and a guest defeat by the English, goal difference 16-6).

In the final part of the tournament in the fall of 2021, the wards of Roberto Martinez first lost to France in the semi-finals with a score of 2:3, and then lost in the match for third place to Italy (1:2).

In the 2022 World Cup qualification, the Belgians won Group E, overtaking Wales, the Czech Republic, Estonia and Belarus (6 wins and 2 draws, goal difference 25-6). They closed the year with matches with Estonia (3:1) and Wales (1:1).

In March 2022, the Belgian national team played an away friendly match against Ireland (1:1) and a home match against Burkina Faso (3:0).

The Dutch finished second in Ligue 1 Group 1 in the last edition of the LN, behind Italy, but ahead of Poland and Bosnia (3 wins, 2 draws and 1 loss, goal difference 7-4).

In the last qualifying matches, the wards of Louis Van Gaal , who returned to the national team , defeated Gibraltar (2:0) at home, shared points with Montenegro (2:2) away and defeated Norway (2:1) at home.

In 2022, the Dutch national team played home friendly matches against Denmark (4:2) and Germany (1:1) in March.

The last time the sides met at the official level was at the 1998 World Cup, where they scored a goalless draw. After that, the Belgians and the Dutch played “freight trains” 7 times, and with 2 victories of the “Red Devils”, a draw was recorded 5 times.

Van Gaal’s team plays poorly on the road – they did not cope with Norway (1:1) and Montenegro (2:2), they barely defeated Latvia (1:0). Belgium have won their last 16 official home matches. We predict thatBelgium will not lose the riding match.