Chelsea will play at home against Manchester United in Round 13 of the England Championship. The match will take place on November 28 in London. 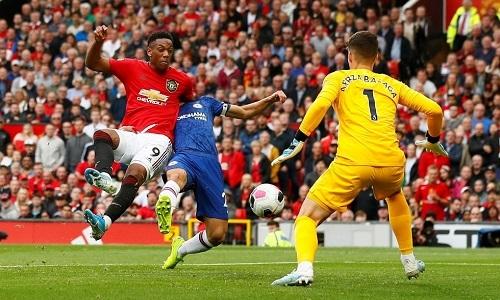 Chelsea single-handedly lead the Premier League standings after 12 rounds. At the moment, the “blue” has 29 points.

After defeats to Manchester City and Juventus at the end of September, Thomas Tuchel’s team has a 10-match streak without defeat – nine wins and one draw.

It is noteworthy that Chelsea’s results were not influenced even by injuries to Romelu Lukaku and Timo Werner.

Earlier this week , Chelsea defeated Juventus. The meeting at Stamford Bridge ended with a brilliant victory for the London club with a score of 4: 0.

In addition, Chelsea had an easy 3-0 away win against Leicester before that.

“Manchester United” after 12 games played takes only eighth place. The Red Devils are 12 points behind Chelsea.

Last week Manchester United lost to Watford with a bang. The match ended with a crushing defeat with a score of 1: 4.

Immediately after this, the club’s management dismissed Ole-Gunnar Solskjaer a. This could have happened much earlier, for example, after a terrible match with Manchester City, but they continued to believe in the Norwegian. But the defeat at Watford was the last straw.

In the next match, Manchester United were led by Michael Carrick , who had previously helped Solskjaer. Under his leadership, the team won a 2-0 away win over Villarreal in the Champions League.

Despite the positive result, Carrick will soon relinquish the head coach to Ralph Rangnick . The German is expected to work with Manchester United until the end of the season, after which he will take up a position in the club’s management.

In the language of Formula 1, the MU car is now missing one wheel. While “Chelsea” at any moment accelerate to the speed of a spaceship.

It is unlikely that “Manchester United” with its collapsed game is able to create problems for the main contender for the title.