The Ukrainian national team will play away with Wales in the decisive play-off match of the 2022 World Cup qualification. The match will take place on June 5 in Cardiff. 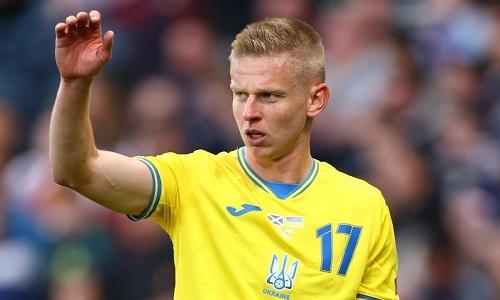 The Welsh reached the final of the joints at the beginning of spring, after which they waited for several months who would become their next opponent.

At the end of March, the Wales national team won a home victory over Austria – 2: 1. Both goals were scored by Gareth Bale , who, despite all the torment at Real Madrid, is still a key player in the national team.

By the way, this season Gareth scored five goals in five matches for Wales . In fact, with and without him, these are two different teams.

In qualifying for the 2022 World Cup, the Wales team suffered only one defeat. In the first round of the group stage, Rob Page’s team lost on the road to Belgium, after which they have never lost at the official level so far.

Personnel situation:if anything, Bale is ready to play. For some reason, it turns out that before the matches of the national team he never has problems.

The national team of Ukraine, meanwhile, finally held a match with Scotland. There were many fears related to the fact that most of the Ukrainian football players were left without playing practice, but as it turned out, everything is not so critical.

Moreover, Ukraine played just a chic match on the field of the Scots, winning a bright victory with a score of 3:1.

The team of Alexander Petrakov completely outplayed the opponent in the first half. Confident ball control, fast attacks, pressing, defensive play – in truth, the Ukrainians surprised us with the variety and level of football.

On the other hand, why be surprised if guys from Manchester City, Atalanta, Benfica, West Ham and Everton play for Ukraine.

The second half started with Ukraine’s goal – after Roman Yaremchuk’s accurate shot, the score became 2:0. And that was probably the highlight. Scotland recovered for a long time, then even managed to win back one ball, but in the last minutes they conceded again.

In general, an absolutely natural victory for Ukraine, for which this match has become one of the best over the past few years.

Personnel situation:most likely, Ukraine will start the match in the same composition as against Scotland.

Wales is definitely better than Scotland. Perhaps someone will argue, but, unlike the Scots, the Welsh have some serious performers in attack. In addition to Bale, this is Daniel James, who managed to play for Manchester United, and Aaron Ramsey.

But the fate of the match depends on Bale. If Gareth is in the mood, Wales will likely shatter Ukraine’s dreams. And there is no doubt about his attitude. Bale is rumored to retire if Wales don’t qualify for the 2022 World Cup.

Bet – Wales to win for 2.82. It will not be as easy for Ukraine to prepare for the match with the Welsh as for the game against the most primitive Scotland.