Bayern will play at home against Borussia Mönchengladbach in the 18th round of the German championship. The match will take place on January 7 in Munich. 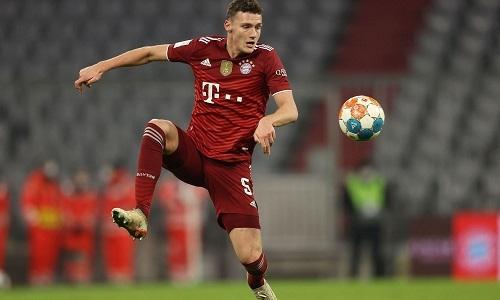 Bayern, as expected, finished the first round of the Bundesliga in first place, gaining 43 points in 17 matches. The gap from the nearest pursuer is nine points.

At home, Bayern have also won seven previous matches, scoring 21 goals. It is already clear to everyone that there will be no new champion in Germany again.

Luca Hernandez will miss the next match. French defender has contracted the coronavirus. In addition, Leroy Sane and Dayo Upamecano have questionable tests.

Borussia, meanwhile, played poorly in the first part of the German championship. After 17 rounds, the club from Mönchengladbach is on the 14th line, next to the relegation zone.

The unbeaten streak of Adi Hutter’s team is five matches. At the same time, Borussia lost in four cases.

The most painful was the home defeat against Freiburg with a score of 0: 6. The opponent scored all six goals before the break. As they say, it happens.

In addition, Borussia lost to Leipzig and Eintracht in December with a total of seven goals.

Bayern had two tough games against Gladbach earlier this season. The first ended in a draw 1: 1, and in the second the Recordmeister lost to an opponent in the German Cup with a score of 0: 5.

It is obvious that Bayern will be in the mood for revenge. It is hard to believe that Borussia will not lose to the reigning champion again.