Bayern will play at home against Wolfsburg in the 17th round of the German championship. The match will take place on December 17 in Munich. 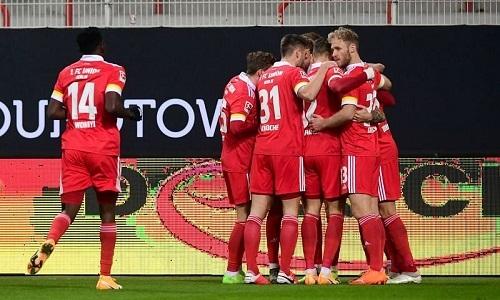 Bayern are at the top of the Bundesliga table after 16 games with 40 points.

The gap from competitors is starting to widen. Borussia Dortmund are already at a distance of at least two victories from the Recordmeister.

Earlier this week , Bayern beat Stuttgart 5-0 away. Serge Gnabry scored a hat-trick, while Robert Lewandowski scored two goals and repeated the Bundesliga record for goals in a calendar year.

Previously, this achievement belonged to the legendary Gerd Müller. In the game against Wolfsburg, the Polish forward can break the record.

Bayern have won ten out of ten previous matches.

Wolfsburg, meanwhile, is in 11th place with 20 points in 16 matches.

And this is not just a black streak, the management of Wolfsburg , it seems, will again have to think about changing the head coach. Kofeldt simply does not succeed.

Wolfsburg have conceded 21 goals in their previous eight games.

Firstly, Wolfsburg is now in a terrible state, and secondly, Lewandowski has the last chance this year to renew Gerd Müller’s next record. In such a situation, the guests simply have no chance of avoiding a major defeat.