Real Madrid will play at home against Athletic in the postponed match of the 9th round of the Spanish Championship. The match will take place on December 1 in Madrid. 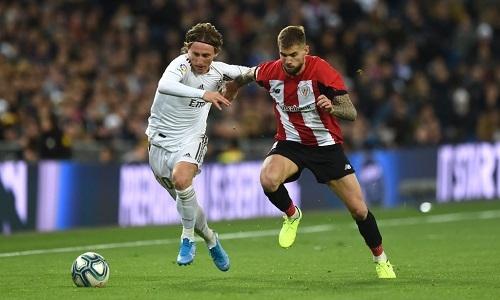 Real Madrid single-handedly lead the league table in La Liga after 14 games played. Madrid are four points ahead of their closest rivals Atletico and Real Sociedad.

Last Sunday, Carlo Ancelotti’s team won a strong-willed victory over Sevilla (2: 1). Vinicius Junior scored the decisive goal shortly before the final whistle with a great shot from outside the penalty area.

“Real” have never lost this season at home as part of the Spanish Championship.

Athletic, meanwhile, is in eighth place. The Basques scored 20 points in 14 matches.

Athletic have suffered only two defeats so far. Marcelino’s team regularly scores points. However, recently there have been problems with victories.

The last time Athletic won was at the end of October, after which they played a series of five matches without victories. The club from Bilbao drew on four occasions.

Six of Athletic’s seven away matches in La Liga ended in draws (three times 0-0 and 1-1).

Recent matches have shown that Real are in good shape, but meetings with the Basques are always a different story. As a rule, Madrid have a very difficult time playing against Athletic.

Therefore, it is probably better to refrain from betting on the outcome. In such a tight schedule, no team can only win regularly.