The Netherlands women’s team will play at home against the Swedish women’s team in the 1st round of Euro 2022. The match will take place on July 9. 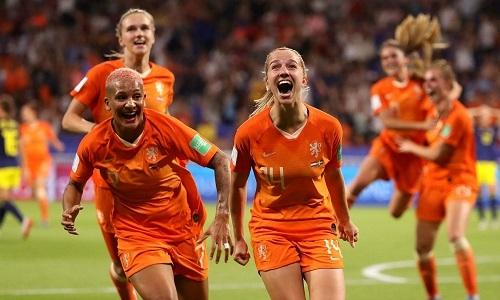 The Dutch women’s team is the European champion in 2017. And in 2019, this team was able to take second place in the World Championship. At the moment, the national team ranks 3rd in the FIFA women’s national teams ranking, and 2nd in the UEFA ranking.

In qualifying for the current World Cup, the Netherlands women’s team, after 7 games played, managed to take first place in Group C with 17 points. The team scored 30 goals against their rivals, and conceded 3 against their own.

A week ago, the Netherlands national team held a friendly match against Finland at home and was able to confidently beat their opponents with a score of 2:0.

The unbeaten home run of the Netherlands women’s national team has been going on for 13 matches in a row, of which they have drawn 4 times and won confidently 9 times.

This team reached the final at the 2003 World Championship. Also in 1996, 2008 and 2012 she took part in the Summer Olympics. Silver medalist at the 2016 Olympic Games. At the moment, the Swedish national team occupies the 5th place in the ranking of the FIFA women’s teams, among the UEFA teams – the 4th place.

The Swedes also show good results in qualifying for the World Championship and also managed to take first place in Group A, gaining 19 points in 7 fights. This team scored 27 goals and conceded 2.

At the end of June, the Swedish women’s team played a friendly match with Brazil at home and managed to get a 3:1 victory over their rivals there.

The Swedish national team also holds an unbeaten away streak, which has already lasted 14 matches in a row and only 2 times the team played a draw, and won all the other matches.

Forecast – There are two very strong women’s teams that are in excellent shape. Here it will be difficult to determine who will be the winner of the match, but the fact that at the start of the Euro both teams will want to pick up important 3 points and go on the attack from the first minutes can be assumed for sure. Therefore, we expect an effective match.