The Slovenian national team will host the Swedish team in the League of Nations. The match of the 1st round of group 4 of League B will be held on June 2. 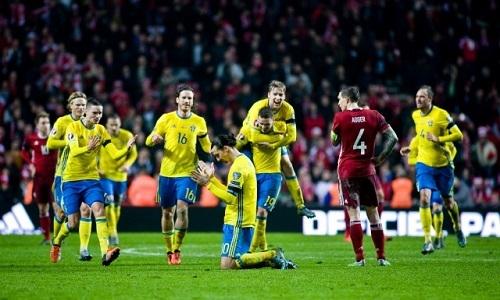 The Slovenian national team in the last draw of the League of Nations won Group 3 of League C, where it was opposed by Greece, Moldova and Kosovo (4 wins and 2 draws, goal difference 8-1).

But the Slovenians failed to qualify for the 2022 World Cup, they became third in group H, letting Croatia and Russia go ahead (4 wins, 2 draws, 4 losses, goal difference 13-12).

In the last qualifying matches, the wards of Matyazh Kek lost to Russia at home (1:2), shared points with Slovakia (2:2) away and defeated Cyprus (2:1) at home.

In 2022, the Slovenian national team played away friendly matches with Croatia (1:1) and Qatar (0:0) in March.

The Swedes went down after last season finishing last in Group 3 of Ligue 1 with France, Portugal and Croatia (1 win and 5 losses, goal difference 5-13).

In the qualifying tournament for the 2022 World Cup, the Swedish national team took second place in group B, conceding only Spain ahead and getting into the play-offs (5 wins and 3 losses, goal difference 12-6).

In March of this year, the Swedes in the play-offs of the 2022 World Cup first defeated the Czech Republic at home (1: 0), and then lost to Poland (0: 2) on the road, left without a World Cup.

The teams met only once in a friendly match in 2016, finishing it without scoring goals.

The Swedes have never won in the last 5 away matches (4 defeats and a draw). We predict thatSlovenia will not lose a grassroots match.