Sporting will play at home with Besiktas in the 4th round of the Champions League group stage. The match will take place on November 3. 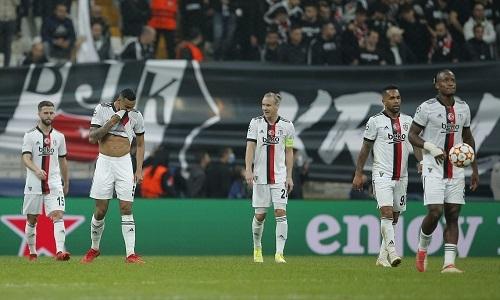 Sporting in the Champions League is fighting for the 2nd place in the group. True, at the moment the Portuguese occupy only 3rd place with 3 points in the asset.

The chances of reaching the playoffs have not disappeared yet. But for this, the team must definitely beat Besiktas.

In Turkey , Sporting was very convincing – 1: 4. There is no doubt that the Lisbonians will actively attack in their own walls.

The Lisbonians have an amazing six-win streak in a row. Of course, such a positive attitude has a positive effect on the team.

The Turks have made it much more difficult for themselves to reach the playoffs. And in general, even taking the third place for Besiktas will be extremely troublesome.

Conceded 8 goals in three group stage matches – quiet horror. Apparently, the Istanbulites again will not see points in this meeting. The decline is obvious.

Besiktas also lost in the Turkish championship. The failure in the match against Khatayspor was minimal, but no less annoying.

But the “eagles” not so long ago beat “Galatasaray” in the championship (2: 1). So, things are not so bad for the team, which will probably still fight.

After the defeat in Turkey, the Lisbonians only confirmed their superiority.

Besiktash is extremely unstable, and besides has problems defensively…

The hosts look stronger than the Turks, and they will surely beat them convincingly again. Our forecast and bet – Sporting’s handicap -1.5 with odds 2.37.