Real Madrid will play at home against Chelsea in the second leg of the quarter-finals of the Champions League. The match will take place on April 12. 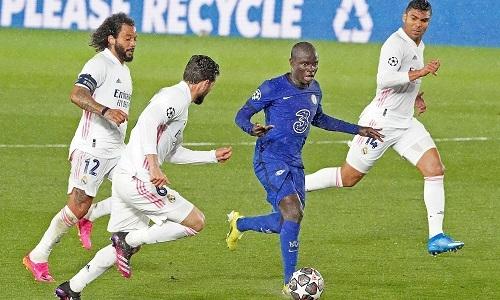 The first match against Chelsea was the absolute best for Real Madrid since the return of Carlo Ancelotti.

Against the backdrop of the recent capitulation in El Clasico and an incoherent match against Celta, this time Madrid showed a perfect game, thanks to which they achieved a confident away victory with a score of 3:1. The real hero was Karim Benzema , who scored a hat-trick.

One of Ancelotti’s key decisions was the entry into the starting lineup of Federico Valverde. Real Madrid’s midfield has completely outplayed Chelsea’s midfield.

A few days after the victory at Stamford Bridge, Real Madrid won at home against Getafe (2: 0) and one step closer to victory in La Liga.

Meanwhile, Chelsea suffered a poor defensive performance in the first leg against Real Madrid. In addition to mistakes in the midline, the current Champions League winner performed very poorly in the center of defense.

Something similar happened shortly before in the match against Brentford, who scored four goals against Chelsea .

According to Thomas Tuchel , such a weak game of his team in these matches is also due to fatigue. And one cannot but agree with this, but the German specialist, it seems, was also too clever.

At least last Saturday, Chelsea ripped Southampton away 6-0 thanks to a change in squad. At the same time, German Timo Werner, who lost his place in the starting lineup, scored two goals.

It is worth adding that Chelsea’s away winning streak is already eight matches.

Despite the fact that Real Madrid had an impressive first game and have a two-goal lead, there is a feeling that nothing has been decided in this confrontation yet.

Tuchel will surely try to surprise Ancelotti with a new tactical plan. And above all, this will concern the game in attack – from the first minutes, most likely, Romelu Lukaku and Timo Vernet will appear.

The Belgian’s power, combined with the German’s speed, could be a very tough cocktail for Real Madrid’s defense, which Barcelona has shown to burst at the seams under persistent pressure.

Bet – Chelsea to win with a handicap (0) for 2.16. The rematch of the London club will not be a big surprise.