Real Madrid will play against Atlético in the 35th round of the championship of Spain. The match will take place on May 8. 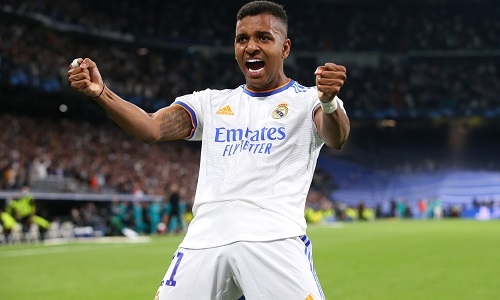 Atlético are fourth in the La Liga table with 61 points from 34 matches. The lead over fifth-placed Betis is three points.

The situation is not at all under control, there is a risk that next season Atletico will be in the Europa League instead of the Champions League group stage. And it is quite real.

Last week, Diego Simeone ‘s team lost on the Athletic field, and before that they could not win against Granada – the meeting ended in a 0-0 draw.

But in the case of Atlético, it is important to pay attention, first of all, to the statistics in home matches. In the previous five games at home, the “mattress” scored 13 points. At the Wanda Metropolitano, Atletico even came close to stopping Manchester City (0-0).

Real Madrid will enter the match with Atlético already in the status of the current champion and finalist of the Champions League.

Madrid won La Liga ahead of schedule at the end of the last round, when they defeated Espanyol (4: 0) at home.

And a few days later , Real Madrid epicly reached the Champions League final. They probably won’t be able to explain themselves how they did it, but the victory over Manchester City in the second leg will without a doubt go down in the list of the most epic matches in the history of the tournament.

Real Madrid have won nine out of ten previous league matches. The only exception was the home meeting with Barcelona, ​​which ended in an unexpected defeat with a score of 0:4.

On the one hand, you can find a lot of arguments in favor of why Real Madrid can enter the upcoming match without the right attitude. Firstly, Real Madrid are already champions, secondly, Real Madrid have just played a crazy match against Manchester City… In the end, Real Madrid are tired. It would seem that in such a situation, it remains only to take and charge Atlético to win. But that would be too easy.

This is a derby, and Real Madrid is unlikely to want to upset their fans. And besides, Carlo Ancelotti has enough human resources to rotate the line-up with almost no loss of quality.

Therefore, the bet on the victory of Atlético is in great doubt.

You can also consider a bet on goals in both halves for 1.86 . Most likely, Real Madrid will drag Atlético into the most chaotic game.