Paris Saint-Germain will play at home against Manchester City in the second round of the Champions League group stage. The match will take place on September 28 in Paris. 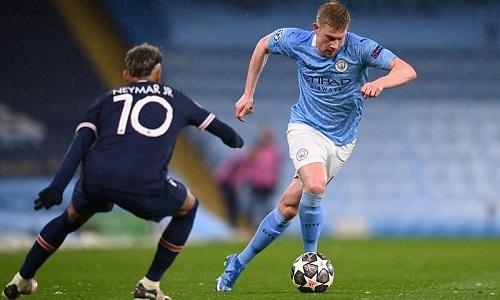 Paris Saint-Germain drew with Club Brugge in the group stage opening match. The match ended with a score of 1: 1, and it was a complete disappointment. “Paris” showed nothing at all, despite the fact that Neymar , Mbappe and Messi were on the field at the same time .

In the French championship, PSG have not had any problems yet. Team Mauricio Pochettino won eight wins in a row, but we must recognize that it is not always impressed football.

This was the case, for example, in the home match with Lyon and in the away meeting with Metz. In both cases, the Parisians scored the decisive goal only in stoppage time.

It should be noted that Messi missed two previous matches. The official reason is due to a bruised knee. But it all started with the fact that Pochettino replaced Leo during the game with Lyon, and this, as you might have guessed from Leo’s look, shocked him. Messi is not used to being replaced.

It is expected that Messi will play against Man City, but it is not yet clear whether he will appear on the field from the first minutes.

Manchester City won a major 1-0 win over Chelsea a few days ago. It was a game of principle, above all for Josep Guardiola , who lost three times to the team of Thomas Tuchel at the end of last season, including in the Champions League final.

After the match at Stamford Bridge, we can say that Man City are in very great order right now. Chelsea has never been so hard under Tuhel.

In the Champions League group stage , City kicked off with a crushing victory over Leipzig. The Germans conceded six goals at Etihad, but, it is true, they scored three times, which made Guardiola very angry.

But in general, Man City is doing well with defense. If we do not take into account the match against Leipzig, then in the rest of the meetings the English champion conceded only two goals.

In the spring, City beat Parisians twice in the Champions League semi-finals – both matches ended 2-1. Again, tactically Guardiola completely outplayed Pochettino, except perhaps in the first half in Paris.

Despite the super squad, PSG are not yet impressive, unlike their opponents. If City hit Chelsea, they will probably cope with PSG.