Paris Saint-Germain will play at home against Lille in the 12th round of the French championship. The match will take place on October 29 in Paris. 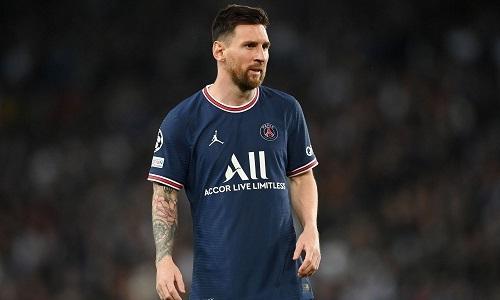 Paris Saint-Germain continues to single-handedly lead the French Championship standings. After 11 rounds, the Parisians have 28 points.

Last Sunday , PSG played a nondescript away match against Marseille. Despite the fact that Lionel Messi, Neymar and Kylian Mbappe appeared on the field at the same time, the meeting ended with a score of 0: 0.

Neymar and Messi received some of the lowest ratings in their team from the French press at the end of the match in Marseille. The Argentinean and the Brazilian played a really weak match.

Lille, meanwhile, after 11 games played, is in the tenth place in the table.

The reigning champion failed the start of the season, but now he is gradually coming to his senses. In five previous matches in the French championship, Josselin Gurvenneck’s team suffered only one defeat and scored 10 points.

In the previous round , Lille drew at home with Brest (1: 1). In addition, last week, the “dogs” parted with the Spanish “Sevilla” (0: 0) in the Champions League match.

Lille this season won only one away match…

PSG had very difficult matches against Lille last season in Ligue 1. In the spring, Mauricio Pochettino’s team lost 0-1 at home, and the away game ended in a 0-0 draw. In addition, Lille beat PSG in the French Super Cup in the summer.

Another question is that Lille is not so dangerous now. The sale of some players and the departure of Christophe Galtier from the post of head coach did not go unnoticed.

Bet – PSG wins + both teams will score in 2.75 . The guests definitely have nothing to lose, so they will also try to come up with something in the attack.