Paris Saint-Germain will play away against Leipzig in the fourth round of the Champions League group stage. The match will take place on November 3. 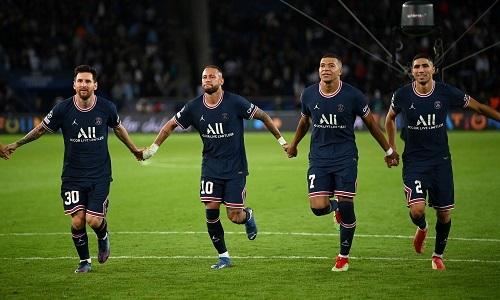 Leipzig, after three rounds, takes the last place in their group. The German club has yet to score a single point.

So far, the main disappointment can be called the home defeat of Leipzig against Club Brugge, the main rival in the fight for the third line and a ticket to the Europa League.

Although at some points Leipzig resembled a team that is ready to compete even with such a monster as Paris Saint-Germain. Two weeks ago, Jesse Marsh’s team even took the lead on the Parisians’ pitch for some time, but still could not stand it.

After the match in Paris , Leipzig scored four points in two Bundesliga games and advanced to the next round of the German Cup.

Leipzig have never played a draw at home this season.

The home match against Manchester City was indicative, in which PSG won 2-0, including thanks to a goal from Lionel Messi .

By the way, Messi may miss the away game against Leipzig. The Argentine was slightly injured in a recent match against Lille (2: 1).

PSG have won only one victory in their previous four away games. Mauricio Pochettino’s team in this segment hardly put the squeeze on Metz, and also lost to Rennes and drew with Club Brugge and Marseille.

PSG have recently relaxed. And it happened just after the great match with Man City. The Parisians showed what they were capable of and calmed down. Even the recent match against Lille, in which they managed to make a comeback, the PSG footballers played poorly.

Bet – Leipzig’s total is over 1.5 for 2.34 . Unlike the guests, the hosts will definitely have no problem with the mood.