Real Madrid will play at home against Inter Milan in the final round of the Champions League group stage. The match will take place on December 7. 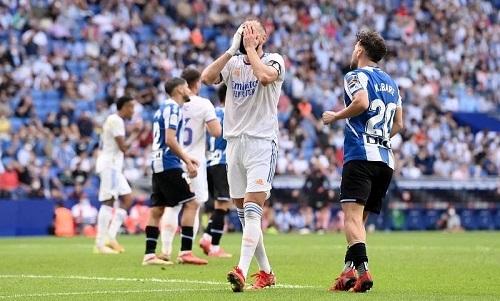 Real Madrid are in first place in the group after five rounds. Now the assets of the “Royal Club” are 12 points.

Madrid have already secured a place in the Champions League playoffs. The only open question is where Carlo Ancelotti’s team will get there.

Real Madrid have previously lost points in only one game. And oddly enough, it was a home match with Sheriff (1: 2). We can say that Real was not lucky then, there were definitely no problems with the mood, as evidenced by at least the number of chances at the opponent’s goal.

The problem of Real Madrid in the upcoming game may be the absence of Karim Benzema . The team leader suffered a thigh injury in a recent match against Real Sociedad.

Meanwhile, Inter ranks second in the group. The gap from Real is two points.

The Italians will also play in the Champions League playoffs. But now it is important for them to win in Madrid in order to take first place in the group.

Inter did not have a very successful start in the group stage, but after the second round they won three victories in a row, thanks to which they secured themselves at least second place.

True, there is no great reason for pride here. Inter beat Sheriff twice and won a home win over Shakhtar.

Inter, no doubt, will try to take revenge for the defeat in Milan and at the same time move Real from the first line. Butit will not be easy to do… The strength of this “Real” is not only in the cool offense, but also in the generally balanced game. Benzema’s absence is certainly a problem, but certainly not a catastrophic one.

In general, most likely, “Real” will not lose and will remain in the first place. The bet is a draw for 3.92.

You can also consider betting on an effective draw at 4.45.