Real Madrid will play at home against Valencia in the 20th round of the Spanish Championship. The match will take place on January 8. 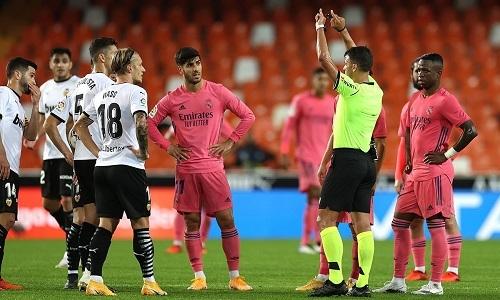 Real Madrid are in first place in the La Liga table after 20 matches played in which they scored 46 points. The lead over Sevilla is five points, but the competitor still has a game in hand.

Real Madrid kicked off the new year with an unexpected defeat to Getafe (0: 1). And, perhaps, this game can be called the worst for the team of Carlo Ancelotti in the current season. Spanish media reported that the Italian had serious complaints about the players after this match.

But Real Madrid have already managed to rehabilitate themselves in front of their fans. Earlier this week, the Royal Club beat Alcoyano (3-1) in the Spanish Cup.

Real Madrid have never lost at home in this championship (six wins and three draws).

It is also important to note that in the coming game, Ancelotti will be able to count on all the main performers, including Karim Benzema and Junior Vinicius.

Valencia, meanwhile, have scored 28 points in 19 matches and are in ninth place in the table.

Valencia also advanced to the next round of the Spanish Cup, beating Cartagena (2: 1). It is noteworthy that Denis Cheryshev scored the winning goal in stoppage time.

In the previous round of La Liga , Valencia lost at home to Espanyol, interrupting a series of seven matches without defeat. Pepe Bordalas’ team scored first, but eventually allowed the opponent to make a comeback.

Valencia failed to score in only two away games in this championship. In the three previous away matches, the “bats” have never lost and scored seven points.

“Valencia” may well score on the field of “Real”, but they will hardly be able to survive and score at least one point. Benzema and Vinicius are likely to be a big problem for the guests’ defense.

You can also consider betting on Real Madrid goals in both halves at 1.99.