Roma lost a crushing defeat to Manchester United in the first leg, but will the Romans be able to fight the Red Devils at home on May 6 – the answer will be found in the forecast. What will be the result? 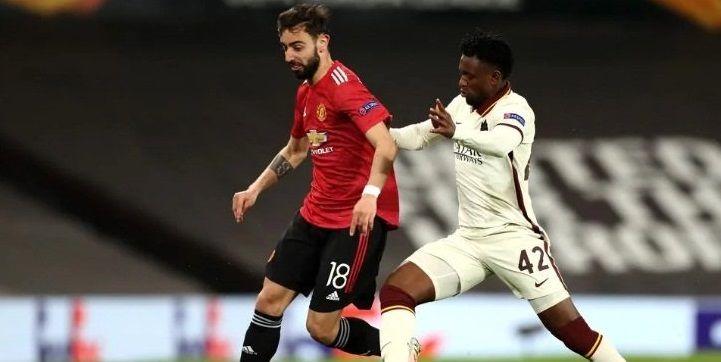 Roma clearly set itself the task of making it to the Champions League at the end of the season, but Paulo Fonseca’s team failed to achieve what they wanted. For a long time, the “wolves” were considered a clear contender for the finish in the top four, but they did not manage to withstand the competition from Atalanta, Juventus and Napoli.

At the moment, the Romans are on the seventh line in the Serie A table, 14 points behind the fourth Milan – it will be unrealistic to win back such a handicap. Moreover, Roma runs the risk of being left without any European cups – the eighth Sassuolo is two points away. The 0: 2 defeat against Sampdoria in the last round extended the streak of no victories for the Romans in the championship to four matches.

Another opportunity to break into the Champions League was a victory in the Europa League – Roma made it to the semifinals. However, already in the first match, the Wolves suffered a crushing defeat 2: 6 from Manchester United away – it would be unrealistic to make such a comeback for today’s Roma.

On Wednesday, the leadership of the Roman club officially announced the appointment of Jose Mourinho as head coach. The Portuguese specialist will start working at the end of the season.

Manchester United are spending the season at a very high level – the team of Ole Gunnar Solskjaer could not claim the title, but at the same time it was not difficult to complete the main task and finish in the Champions League zone. At the moment, the Red Devils are on the second line in the English Premier League table, ahead of the third Leicester by four points, while still having a match in reserve.

There is a gap of 13 points from the first Manchester City, which will no longer be possible to win back. On Sunday, “Manchester United” was supposed to meet with “Liverpool” in the central match of the 34th round, but the fans disrupted the match, and a new date has not been set yet.

In the Europa League, Manchester United have almost one foot in the final – in the first match the Red Devils defeated Roma 6: 2, now this handicap will need to be defended in Rome.

Roma has lost shape and looks doomed at the moment – even Sampdoria, which has no tournament motivation, beat the wolves in one wicket in the last round of the championship. In the first match, Manchester United showed superiority in class over their opponents, and the wolves will probably not be able to resist the favorite’s pressure on the road either.

We believe that the owners have no chance. Prediction – victory for Manchester United. In bookmaker 1xBet, such an outcome is offered with odds of 1.94.

Roma will certainly take risks – it is unlikely that the wolves are seriously counting on a comeback, but they will certainly strive to get at least a minimal victory. Defensively, Roma has a complete mess, and Manchester United will clearly have room to maneuver – in the first match, the Red Devils were very effective in attack, today it should be even easier for them to score.

In defense, none of the teams will obviously sit out, so it makes sense to count on a scoring extravaganza in this meeting.

Our second bet will be over three goals total. This bet can be placed for 1.77.