Roma will play against Feyenoord at the neutral ground of Air Albania in the Conference League final. The match will take place on May 25. 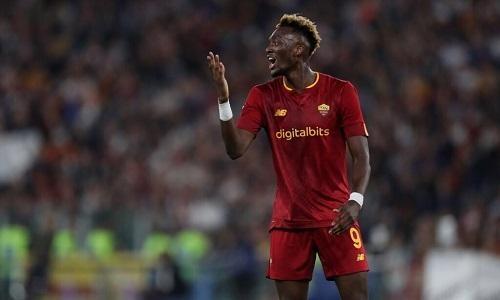 “Wolves” took the final 6th line of the Italian Championship standings with 63 points in 38 matches. Lazio, which is located above, has only 1 point more in its asset.

Roma have a difficult period in their home league. The team has won just one match out of the last five. At a distance of 10 games, 3 wins, 4 draws and 3 losses. All three losses in a foreign arena.

The Wolves began their European Cup journey from the qualifying stage. In the third round, the Italians beat Turkish Trabzonspor twice – 2:1 away and 3:0 at home. At the group stage of the tournament, Roma met with CSKA Sofia, Zorya and Bodø-Glimt. Problems were only in matches with the Norwegian club.

There is only one player Henrikh Mkhitaryan in the infirmary of the team.

The Red-Whites are third in the Dutch league standings with 71 points from 34 matches. Twente, which is located below, is 3 points behind.

Feyenoord lost in the last round of the championship to the main rival for 3rd place Twente 1:2 at home. The defeat was the first in 10 extreme meetings. In other games 6 wins and 3 draws. In the last 4 games, only one victory.

In the qualification of the Conference League, the Dutch went through three teams: Drita, Lucerne and Elfsborg. The last club managed to inflict the only defeat in the tournament on Feyenoord , but it did not matter.

There are four players in the infirmary of the team. Health problems have Riss Nelson, Tyrell Malasia, Justin Beilou and Gernot Trauner. The last two can recover by the Conference League final.

Forecast – If Roma win, Jose Mourinho will become the first manager in history to win all 3 current European competitions. Also, the Wolves will win the first international tournament in history.

The class of Roma players is higher, and inimportant matches the team shows good football. Feyenoord got a fairly light net. The Rotterdam team didn’t have top matches for a long time and the team is lost with strong opponents.