“San Lorenzo” will play at home against the “Tiger” in the fifth round of the championship of Argentina. The match will take place on June 26. 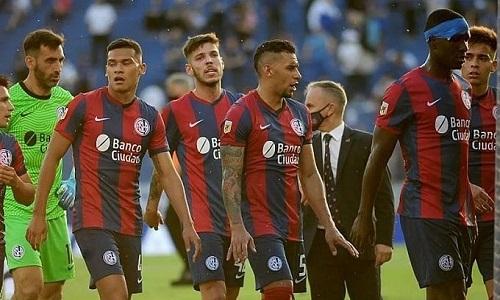 San Lorenzo are ninth in the table after four games played, in which they scored six points.

The club from Buenos Aires won its first victory in the new season only in the fourth round, when they won away from Central Cordoba (2:0).

And before that, “San Lorenzo” drew three times – with “Independiente”, “Newell’s Old Boys” and “Arsenal”.

Tigre, meanwhile, is on the 21st line (28 clubs play in the Argentine championship), gaining four points in four matches.

The club from Victoria started the season with an away victory over the Union Santa Fe, after which they played a draw with the Barracas Central.

Following this, “Tigre” suffered two defeats. First, the team of Diego Martinez in a very vigorous match lost on the road to Boca Juniors (3:5), and then lost at home to Banfield (0:1).

Tigre failed to score only in one of the previous four matches.

In such a match, it hardly makes sense to charge for the outcome. “San Lorenzo” has never lost yet, but still does not look very convincing, collecting draws, including at home.

“Tiger” also does not always manage to show good football and achieve results.

But on the other hand, it is quite possible to count on the fact that the opponents will exchange goals scored.