The Spanish national team will play at home with the Swedish team in the qualifying tournament for the 2022 World Cup. The match will take place on November 14 in Seville. 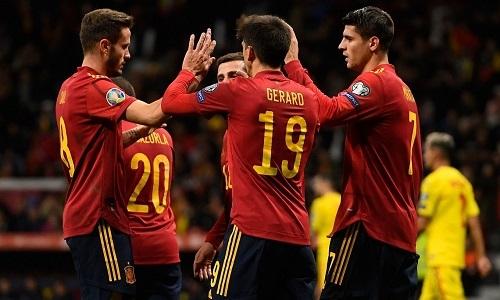 The Spanish national team for the round before the end of the qualifying tournament single-handedly leads their group. At the moment, the Spaniards have 16 points.

The other day Luis Enrique’s team won a guest victory over Greece. The only goal was scored by Pablo Sarabia, who converted the penalty.

In October, Spain played in the final stage of the League of Nations. In the semifinals, Roja Fury defeated Italy, and lost to the French in the decisive match.

In World Cup qualifying, Spain suffered only one defeat and conceded only five goals.

Sweden, after seven games played, is in second place, one point behind Spain.

In the middle of the week, the Swedes unexpectedly lost on the road to the Georgian national team – 0: 2. The hero of the meeting was Khvicha Kvaratskhelia, who scored both goals against Tre Krunur.

This defeat, in fact, can be considered a key one for the Swedes. Now they have scanty chances to get directly to the World Cup.

The national team of Sweden has won only one of the three previous matches on the road to the World Cup qualifiers. The Swedes also lost on the Greek field.

The Swedes have almost given Spain a ticket to the World Cup. Georgia’s victory was a real gift for Spain, which, thanks to this, came out on top in the group.

And now it is enough for the Spaniards not to lose to the Swedes in the upcoming match. But the owners are unlikely to be shy.