Manchester City will play at home against Paris Saint-Germain in Matchday 5 of the Champions League group stage. The match will take place on November 24. 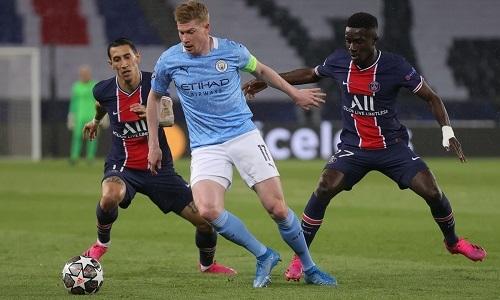 Manchester City have nine points and are solely leading the group after four rounds.

The Citizens easily beat Leipzig and Club Brugge. Pep Guardiola’s team defeated the Belgians twice – 5: 1 away and 4: 1 at home.

The only defeat at the moment for Man City was at the end of September, losing away to PSG (0: 2).

Manchester City have failed to win only two home games this season.

PSG, meanwhile, is in second place in the group. At the moment, the Parisians have eight points.

Unlike Man City, Paris have never lost in this Champions League. But at the same time, the French grandee has already drawn twice.

In early November , PSG did not keep the winning score in the away game with Leipzig. The opponents fought back in the last minutes, realizing a penalty.

Lionel Messi , Kylian Mbappé and Neymar are ready to play in the match against Man City .

PSG had a great home match against Man City. But at the same time, we must admit that the champion of England that day was very unlucky in attack. Of course, now City will be in the mood for revenge.

And the last matches of Man City in the Premier League (first of all, a confident victory over Manchester United) indicate that PSG will be extremely difficult to score points at Etihad.