The match of the 15th round of the Premier League between Everton and Arsenal will take place on December 6. The match at Goodison Park in Liverpool. 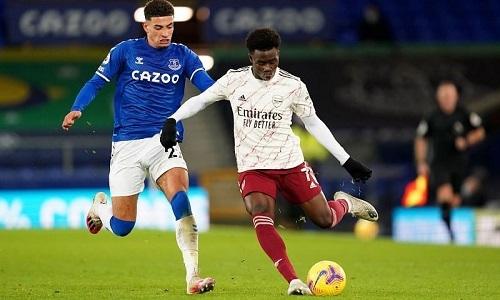 The team brought a losing streak in the championship to 8 matches (2 draws and 6 defeats). The club’s management is already thinking about the resignation of head coach Rafa Benitez .

Then Everton lost to Brentford (0: 1) and was defeated at home in the Merseyside derby with Liverpool – 1: 4.

All predictions for the Premier League

After 14 rounds of the Premier League, Everton is in 15th place with 15 points. The goal difference is 17-24. Demeray Gray scored 4 goals.Will not play Rondon, Davis, Calvert-Lewin, questionable Mina and Gomes.

In the last 11 games of the Premier League, Arsenal have lost only twice (both times away), having won 7 wins and 2 draws.

In early November, the Gunners beat Watford at home (1-0), before being defeated on the road by Liverpool (0-4).

In the last matches Mikel Arteta’s charges defeated Newcastle (2: 0) at home, and then lost to Manchester United (2: 3) away.

After 14 rounds, Arsenal are in 5th place with 23 points. The goal difference is 17-20.Will not play Kolashinac, in question for Jaka, Leno and Smith Row.

Last season, Everton beat Arsenal 2-1 at home and beat the Gunners 1-0 away.

At Goodison Park, Londoners have won only once in their last 5 matches, having suffered three defeats. Nevertheless, we predict thatArsenal will not lose…