Bayern will play at home against Salzburg in the second match of 1/8 of the Champions League. The match will take place on March 8. 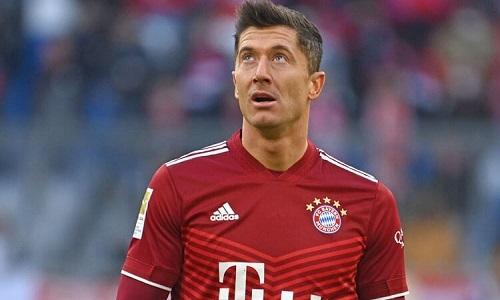 The reigning German champions are on their way to another title. 10 rounds before the finish of the championship, the team is ahead of the 2nd Borussia Dortmund by 8 points, and the closing top 3 Bayer is 14 points behind.

In the German championship, despite such an advantage , Bayern periodically lose points. A few rounds ago, Munich conceded 4 goals from Bochum (2:4), and in the last round they could not determine the strongest with Bayer, ending the match with a score of 1:1.

In the Champions League, Bayern ended their 7-win streak with a 1-1 draw in the first leg against Salzburg. Nagelsmann’s wards dominated the whole game, but managed to score only 1 goal in the last minutes, although they scored at least twice in all 6 meetings in the group stage.

León Goretzka, Alfonso Davies and Corentin Tolisso will not take the field in this match.

The Red Bulls also dominate the Austrian Bundesliga standings, where they have a 16-point lead over second-placed Sturm. In addition, Jaissle players are one step away from reaching the final of the National Cup.

In the Austrian championship , Salzburg in the last rounds could not win only over LASK, which played in the minority and was able to hold on, finishing the match with a score of 0:0. And in two home matches of the championship, the “bulls” defeated “Wolfsberger” (2:0) and “Altach” (4:0).

Due to a serious injury , Brian Oko was not included in the playoff roster.

Forecast – the Austrians could have caused a sensation by beating one of the favorites of the tournament, but allowed the opponent to level the score in the 90th minute.

Since the first meeting, little has changed for the upcoming rivals. Only the commitment to attacking football remained unchanged. Therefore, an effective match is expected in which both teams will score.