Brentford will play at home against Manchester United in the postponed match of the 17th round of the Premier League. The match will take place on January 19. 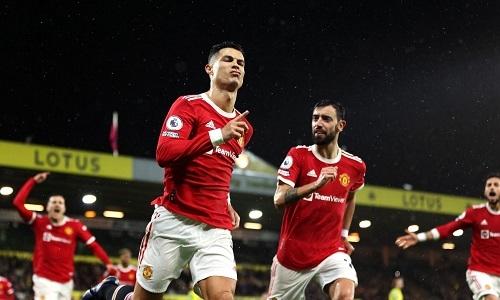 Brentford are 14th in the Premier League table after 21 rounds of 23 points.

January didn’t get off to such a bad start, though. First , Brentford won at home against Aston Villa, and then defeated Port Vale in the FA Cup.

Brentford have won three of their previous four Premier League matches at home.
The only exception in this segment was the meeting with Manchester City, in which the league newcomer lost with a score of 0:1.

Manchester United, meanwhile, is in seventh place with 32 points from 20 matches.

Manchester United played Aston Villa twice last week. The first meeting, which took place within the framework of the FA Cup, ended with the victory of the Red Devils with a score of 1:0. Although the game of the club from Birmingham was absolutely in no way inferior to the team of Ralph Rangnick.

And last Saturday the teams played a draw at the Aston Villa field – 2:2. At the same time, Manchester United led 2-0, but allowed the opponent to recoup at the end of the second half.

Both games were missed by Cristiano Ronaldo . The Portuguese had problems with the thigh muscles. It is currently unknown if he will play against Brentford.

Three of Manchester United’s previous four away matches ended in a draw.

Manchester United are still very vulnerable. Despite the fact that recently they had matches, mainly against the middle peasants, Ralf Rangnick’s team still suffered. At the moment, we can say that the German failed to improve the game of Manchester United.