On Thursday 30 September, West Ham will host Rapid in the second round of the Europa League group stage. The Group H meeting, which will take place in London. 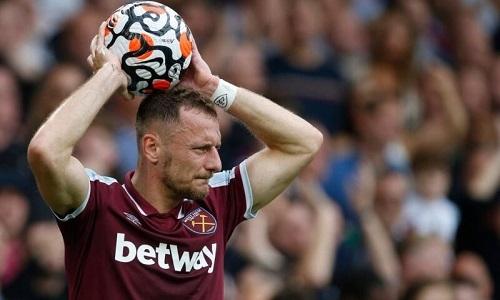 West Ham defeated Dynamo Zagreb (2-0) in the first round of the Europa League group stage (2: 0) thanks to goals from Michael Antonio and Declan Rice , therefore topping the standings.

In the English Premier League, the Hammers are seventh with 11 points in six played rounds.

In September, David Moyes’ team shared points with Southampton (0: 0), lost to Manchester United (1: 2) without scoring a penalty in the last minutes, and also beat Leeds (2: 1).

Also, Londoners managed to win the English League Cup against Manchester United (1: 0), thanks to which they reached the 1/8 finals.

Ryan Fredericks is among the injured at West Ham.

Rapid have not yet scored points in the Europa League, having been defeated in the first round by Genk (0: 1), which scored the only goal in stoppage time in the second half.

In the Austrian Bundesliga, the Viennese team is not doing well. In the standings, she takes the penultimate 11th place, having 8 points in her account after nine rounds.

Even if Moyes gives rest to the leading players, it is hard to believe that the Hammers will stumble in front of their own fans.

Their trip to Croatia demonstrated their desire to succeed in this tournament, so you can expect a quality game from Londoners. Our forecast and bet is “West Ham win with a handicap of -1.5” at 1.76.

You can also try the “home win and not concede” bet for 2.10, considering how toothlessly Rapid played in the recent matches against Salzburg and Sturm.