Juventus will play at home with Inter Milan in the 31st round of the Italian championship. The match will take place on April 3. 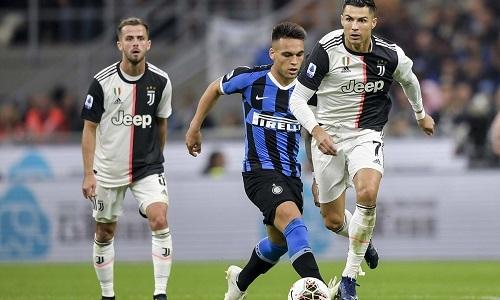 Juventus are fourth in the Serie A standings after 30 games played, in which they scored 59 points.

More recently , the Juventus season was close to another disaster. But right now, it cannot be ruled out that in the last rounds, the Old Lady will fight for the Scudetto – the gap from the first Milan is only seven points.

The only big disappointment was the recent exit from the Champions League.

Juventus in mid-March lost at home to Villarreal with a score of 0:3. But here you still need to make an important clarification: an unpleasant defeat from the Spaniards was just a coincidence, the bianconeri were not nearly worse in terms of play.

Inter, meanwhile, is in third place with 60 points in 29 matches.

Inter also ended the fight in the Champions League last month. Despite the away win, the Nerazzurri lost to Liverpool on aggregate.

But the real disappointment was Inter’s recent league results. In seven previous matches, Simone Inzaghi’s team won only one victory.

At the same time, Inter lost to Milan and Sassuolo in this segment, and also could not defeat Genoa, which was floundering at the bottom of the table (0:0).

Inter have scored more than one goal in only one of their previous nine matches.

In the first round, the match between these teams ended in a 1:1 draw. In addition, at the beginning of the year, Inter and Juventus met in the Italian Super Cup. In regular time, there was a 1-1 draw again, and in overtime, Inter pulled out a victory literally half a minute before the final whistle.

And now it is also extremely difficult to give preference to someone. Especially after a pause for national team matches. There will be a struggle, as a result of which the result can please Milan the most.

In this case, it is better not to touch bets on goals and totals. In terms of performance, Inter and Juventus can disappoint.