Alaves will play at home against Granada in round 29 of the Spanish Championship. The match will take place on March 19. 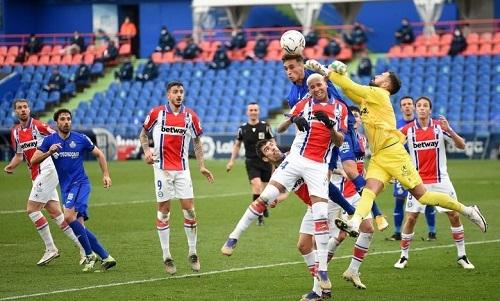 The Glorious are still in the relegation zone, taking 19th place in the Spanish Championship standings with 22 points. Only 3 points separate the team from the safe 17th place, which is currently occupied by the current rival Granada.

Over the past 10 matches in all tournaments, Alaves failed to determine the strongest with its rivals 3 times, pleased the fans 2 times with victories and lost 5 times.

In the Spanish championship , Alaves met with the giants of the tournament in the last matches and even managed to take points from some. “Glorious” tied with “Getafe” (2:2) and “Sevilla” (0:0). Before that, there was a duel with Real Madrid, in which Alaves, as expected, lost with a score of 3: 0.

But in the last round of La Liga, Alaves had an equal match with Real Sociedad, in which they lost the minimum – 1: 0.

The team approaches this match without losses and in full force.

The Nasrids are rapidly dropping down the La Liga standings. The team is currently in 17th place with 25 points. “Granada” is at the very border of the relegation zone and may fail there after the upcoming match.

Over the last 10 games in all tournaments, the Red-Whites managed to draw only 3 times, and in the remaining 7 matches, they lost to their rivals without a chance.

Granada is having a bad season. The last time the team won in the 9th round of the championship of Spain. In recent matches, the Nasrids were able to earn only 1 point in a duel with Cadiz (0:0), and after that they were defeated by Valencia (3:1) and Elche (0:1).

Arias Santiago, Maxime Gonalon and Neider Lozano will not help the team in this match.

Forecast – In this match, two outsiders who want to stay in La Liga will meet, it will be a duel for 6 points. Granada is in deep crisis. The entire stock of points scored in the first part of the season was lost in the last rounds. But Alaves, on the contrary, proves that it can play well even with the giants. Therefore, the “glorious” will not miss the chance to get out of the relegation zone by beating their opponent.