The postponed meeting of the 19th round of the RPL between Krasnodar and Lokomotiv will take place on May 4. The match at the Krasnodar arena. 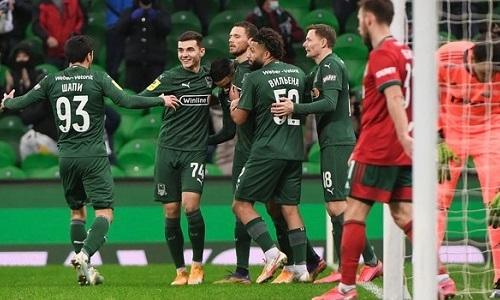 In early April, the Kuban club lost to Dynamo at home (0:1) and snatched a victory from Rubin (1:0) on the road.

Then the wards of Alexei Antonyuk lost in Samara to Krylya Sovetov (0:2) and were beaten in their field by Zenit (1:3).

In the last match , Krasnodar won a strong-willed home victory over Rostov with a score of 2:1 in the southern derby. All three goals were scored in the first 16 minutes.

After 26 matches RPL “Krasnodar” with 42 points in 5th place. Goal difference 38-28. The participation of Spertsyan is questionable.

Lokomotiv has only 3 away wins this season in the RPL, with 7 draws and 3 losses.

In early April, Zaur Khapov ‘s team was defeated in Rostov – 1:4, and then shared the points on the road to Sochi – 2:2.

Then Lokomotiv in the home field in the majority prevailed over Nizhny Novgorod (2:1), and the trip to Zenit ended in a 1:3 defeat.

After 26 matches of the Russian Championship, Lokomotiv is in 6th place with 41 points and a goal difference of 38-35. Zhemaletdinov scored 8 goals.

The Kuban club has 6 wins, 2 draws and 4 losses in its RPL this season. We predict that”Krasnodar” will not lose the riding match.