On 22 April, Seville face Cadiz at the Ramón Sánchez Pizhuán in the opening game of the 34th round of the Spanish championship. Undoubtedly, the hosts are the favourites here. Will they be able to confirm that status? Full statistics and all current odds for the match can be viewed at download 1xbet app. 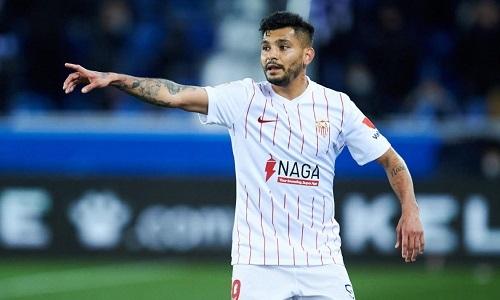 In recent times, Sevilla have begun to show more open football. In the three previous matches, for example, the Nervioni have scored 9 goals and conceded 7. In total, they have 49 goals scored and 27 conceded after 33 games.

Currently, Julen Lopetegui’s charges are on the 3rd position in the standings. They have 63 points on their books. It is noteworthy that the same number is held by Barcelona, sitting in second place, but they have better additional indicators.

For a long time, Sevilla were the only team in the La Liga table to not suffer a single home defeat. But that all changed the day before last, when the Red and Whites lost 2-3 to Real Madrid. Today, the Andalusians’ home statistics are as follows: 11 wins, 4 draws and 1 defeat. 34 goals scored and 16 conceded.

On the previous matchdayday, Cadiz suffered a 2-3 home defeat at the hands of Athletic Bilbao. The team failed to build on their success after beating Barcelona 0-1.

The Yellows are still among the potential relegation contenders. After 33 games, the Yellows are 17th in the standings. They have 31 points on their books. The gap from the relegation zone is 1 point.

Sergio Gonzalez’s charges have been performing quite well on the road: 4 wins, 5 draws and 7 defeats. There have been 14 goals scored and 23 conceded. 10 of the 16 games have ended via a draw total of less than 2.5.

The main problem of Cadiz this season is its low scoring performance (only 29 goals managed to be scored). On average, the team have scored less than one goal in 90 minutes.

Cadiz in the first round on home field lost 0-1 to Sevilla.

Last season Sevilla were twice stronger than Cadiz, 3-0 and 1-3.

In 12 of the last 16 home games, the Caviones have managed to hit an individual total of over 1.5.

On average, 2.2 goals are scored per match for Sevilla. The same average score per match against Cadiz.

Prediction and Betting for Sevilla – Cadiz. Outcome with cf. 1,58

Sevilla and Cadiz are teams of a different level. The hosts are fighting for the silver medals of the Spanish championship, while the guests are just one point away from the relegation zone.

Yes, Cadiz are pretty good on foreign soil. But Sevilla are also pretty good on the home pitch. I have very little doubt, that Lopetegui’s charges will go on the pitch, having only one goal – to earn 3 points. And given their class motivation, I think there should be no problem with that.

My prediction is W1.