Liverpool will play away against Villarreal in the second leg of the 1/2 finals of the Champions League. The meeting will take place on May 3. 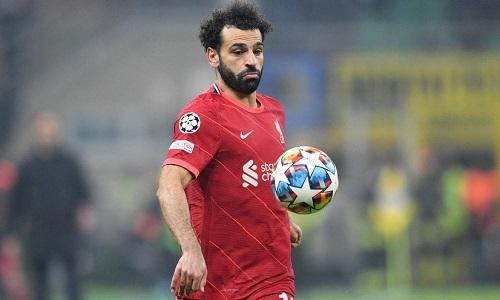 The first match against Liverpool was perhaps the worst for Villarreal in the current Champions League. The Spanish plan failed completely.

“Villarreal” from the first minutes dug in near their own penalty area, immediately showing that they would do their best to keep a zero score. As a result – defeat 0:2.

And this is still the worst option for the game that Unai Emery’s team showed that evening. One hit (and that one past the gate) in 90 minutes is, of course, a failure.

Apparently, Emery was trying to repeat the away game model that brought Villarreal success in the confrontation with Juventus and Bayern. But Liverpool were quick to confirm that you couldn’t play against him like that.

Last Saturday, Villarreal lost to Alaves in the next La Liga match, but this defeat should not be paid attention to. It is clear that the team saved their strength for the second leg with Liverpool.

Liverpool were great against Villarreal at Anfield. The only thing that may have disappointed Jurgen Klopp’s team was the score. 2-0 is also good, but the Spaniards should have conceded a lot more. “Submarine” was simply crushed.

The victory over Villarreal was another confirmation that a concentrated Liverpool is almost impossible to beat.

Perhaps Emery relied on Liverpool ‘s home matches against Inter and Benfica. In the first case, the Reds lost, and in the second they drew. But at that time everything was practically decided, Liverpool in the return matches with the Italians and the Portuguese spent exactly as much energy as was enough to reach the next round.

Liverpool have a 12-match unbeaten streak (ten wins and two draws). In this segment, the Merseysiders conceded only eight goals.

Emery will have to work very hard to come up with the right plan for the second leg. In the confrontation with Juventus, the first match ended in a draw, and Villarreal started the battle with Bayern with a victory.

And now everything is different – the Spaniards need to recoup. Perfect scenario for Liverpool.

Forecast – most likely, Klopp’s team will simply finish off the “submarine”. It is unlikely that things will come to a rout, but Villarreal will take two or three goals into their own net.